by Stella McGovern, 9 years, 5 months ago

It feels like we are always running to and from meetings and events. And despite New York being our home, or may because of this fact, we seem to come across "new" sights ever so often. I placed new in quotes because while these are things we haven't seen before, they may be old hat for our fellow city dwellers. We are, after all, startup founders who mostly think about startup-y stuff. In other words, we are cave-dwellers :)

So here are some sights of NYC that we found interesting listed in the chronological order we came across them.

This is not an Old Navy store but rather a retro and kitschy but cool advertisement for one a few blocks away. If it weren't already taken, "Come fun, come all," could have been our tagline.
Where we were headed: A networking event for startups
Location: Junction of Lafayette, East Houston and Mulberry 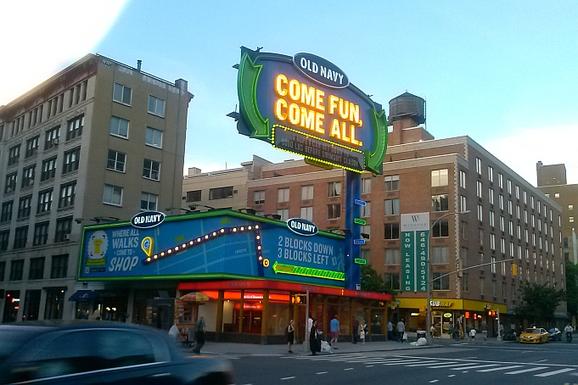 I think you can find this wall of light-up handprints of fame at every Planet Hollywood but this was the first time I came across it. My first thought was, "Wow, Sylvester Stallone has such small hands!"

Where we were headed: Home after attending a "future of music" event during Internet Week.
Location: 45th & Broadway in Times Square.

These next two pictures were taken before and after, so to speak.

I suddenly came across these bouncy people. I have no idea if this was a promo for a new type of exercise equipment, a Meetup group get-together or what. I took this picture, looked back literally a few seconds later and they were gone with not even a puff of smoke left behind to mark the spot. Aliens? Sure, why not?!

The interweb is full of cats. The second picture is my contribution. We found this lost kitty on the sidewalk and found a home for her in a nearby large planter. She looked kinda happy as we walked away.
Where we were headed to and from: The pre-Small Business Expo networking event
Location: Around 48th Street & 8th Avenue 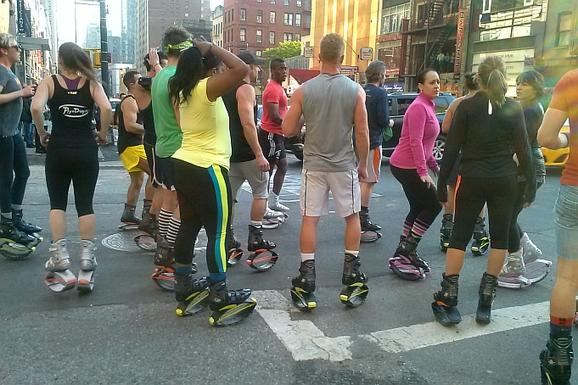 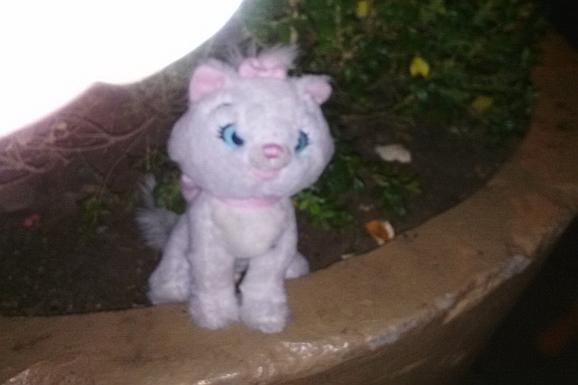 Of course, I had heard about the push to build more bike lanes (Yayy for New York!) around the city but because we dwell under a rock in our previously referenced startup-cave, I had missed whatever hype there was about CitiBikes. And then voila! There they were in front of me one day in all their blue glory. How totally awesome and as I found out, affordable too... unless you happen to somehow lose one of them. Learn more about them here.
Where I was headed: Back to the cave after a very productive meeting
Location: 22nd & Broadway 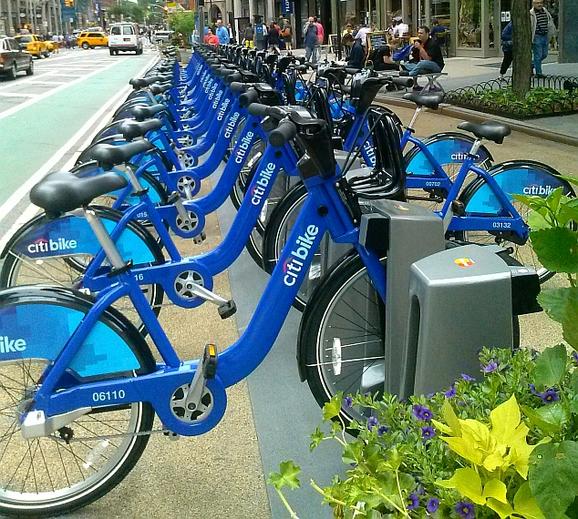 It’s all about YOU!

You can crowdsource your creative needs including graphic design, photography, music, video and fashion

You can find brand integration/product placement deals in film, online videos and television

You can buy or sell licences to creative digital assets


Find out more about crowdsourcing and crowdfunding via the Crowdzu Marketplace.

Thanks! One more step needed

What do you think about crowdzu?